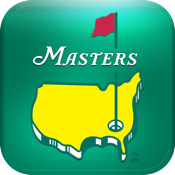 The Masters Tournament offered two versions of video-rich apps to go with this year’s golf tournament.  Which scored the best value for users? Read on.

The Masters Tournament app was available as a free version for the iPhone/iPod Touch and a $1.99 version for the iPad. The user expectations go up dramatically in my book when you start charging for an app. I’m willing to forgive much more in a free app than a version that costs money.

Note that the app was published by Augusta National, Inc., not broadcaster CBS.

Features in the rough:

The only in-app ads I noticed were very subtle logos rotating share of voice for sponsors IBM, ExxonMobil, and AT&T in the top of the screen.

Looking behind the scenes at transactions between the apps and the Internet, I could see Akamai was serving video.  That makes the video stream problems surprising since Akamai can handle giant loads of traffic.

The apps sent analytic data to Omniture at the domain metrics.masters.com. This included data such as when I started the app, when I changed video channels and when I switched views in the leaderboard.

I noticed calls for a geocheck.js script that suggested the app may have had the ability to limit use to the United States, something important when broadcast rights come into play.

The leaderboard was actually retrieved as HTML and javascript that you could pull up in a computer’s web browser if you knew the URL.  Score updates were provided via JSON and XML from http://2011.masters.com.  XML also powered the updates for news and video playlists.  That should have also made it easy to also update the Android version of this app.

The paid iPad app average rating for the current version is 2/5 stars with 259 ratings.   That includes 42 five-star ratings and 136 one-star ratings.  A lot of the reviews are pretty harsh and reflect the problems I also experienced with the video stream stopping and general bugginess.  I checked the name on one of the glowing, five-star reviews and found it matched the name of someone from a company that worked on the app.

The free iPhone app fared better with an average rating for the current version of 3/5 stars from 286 ratings.  The split between lovers and haters was more even than on the iPad with 102 five-star reviews and 119 one-star reviews.  There were multiple comments saying the app, especially video performance, was better in 2010, which is not something you want to hear.

I did not get to try the free Android version of the app, but its rating in the Android Market is 3.5/5 stars. Some people loved it; some complained of video problems. There were also some complaints about the radio service, which I found was off-air in the iPhone version Sunday afternoon even though the broadcast schedule in the app said it should have been on.

The main draws for users of both apps seemed to be video and the leaderboard.

Free vs. Paid: Which was the best value?

The question of user value comes down to two factors for me: TV substitution and access to both an iPad and 3G or wi-fi.

First, did I need a TV substitute?  If I were going to be travelling, sitting at another sporting event, tied up at church during the final round, or just didn’t own a TV, that might be the case. The CBS simulcast made the iPad version attractive.

Second, if I did need a TV substitute, would I have an iPad in a location that could receive data?  No 3G on my iPad  or no available wi-fi would mean the simulcast is not a benefit and should not be a factor in my purchasing decision.

I had a TV to watch the last couple of hours of the Masters final round, so the free iPhone app felt like the best value.  People away from home and TV access would find the simulcast alone worth the $1.99 price for the app. Think of it as pay-per-view with some extra features tacked on.  I’m not considering the video problems in my purchasing decision because users should reasonably be able to expect that an app promising live streams will indeed have streams that work.  I’ll assume for now the issues will be addressed by next year.

Next year, perhaps they should consider offering one version of the app for free and offer simulcast coverage with other exclusive features as an in-app purchase.  That would set up a larger installed user base before the final round and perhaps tempt more people to make an impulse buy to access what they can’t see. They could even charge $1.99 per round or $4.99 for a tournament package.  Apple takes a cut either way.